‘Mock Meat’ – what is the world coming to?

‘Mock Meat’ – what is the world coming to? 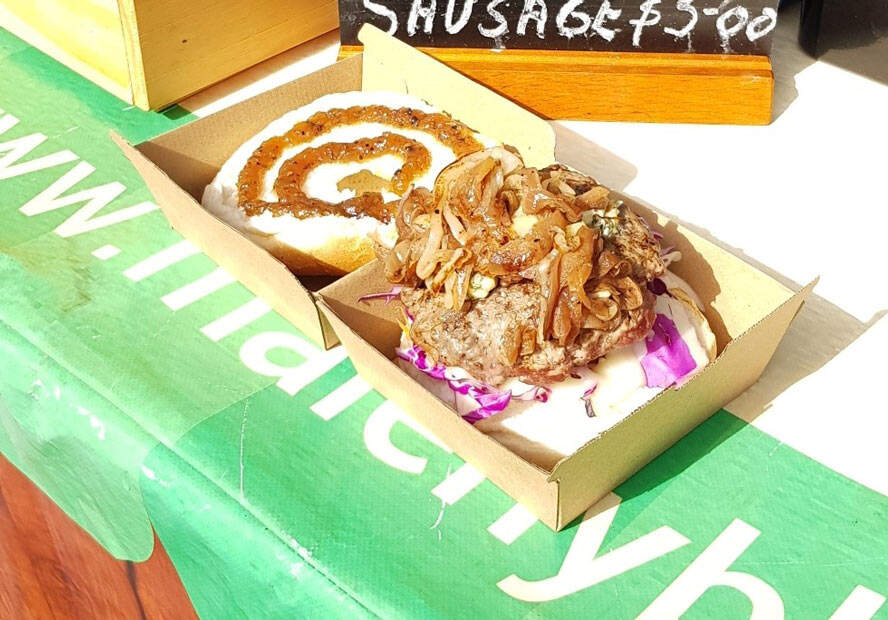 You may wonder why a little beef producer like us would risk criticism and cynicism to comment on this topic, but we’re comfortable sharing our thoughts.

Some might say we’re part of the controversy because our farting cows are causing environmental damage? Or others with an animal welfare concern believe it’s cruel to eat meat. Our objective with this article isn’t to cover every aspect of the debate. Nor do we want to cause angst by projecting a bias. We’re definitely not experts on the environment, economics, nutrition, vet-science or pharmacology.

We just want to acknowledge the phenomenon of ‘mock meat’ (Is it a trend? Or the future?) and how we think it compares as an alternative to our ‘real meat’.

Without hyperbole, we wanted to share our thoughts on the alternatives and give readers our perspective. Everyone is welcome to hold their own opinions. Hopefully we’ll shed some light on the discussion or at least get people questioning their choices.

We acknowledge that non-meat ‘meat’ is becoming more available and most people are aware of it. There are a number of products available in supermarkets that give customers the choice to buy meat-alternatives and new ones launching; meat-free burgers, meat-free nuggets, meat-free schnitzels, meat-free deli meat, non-meat sausages…

People have started asking us if we feel threatened? Whether the future of the beef industry is bleak because of it?

You won’t need to guess what our position on ‘mock meat’ is. We’re all about things that are authentic, unprocessed, natural, low-preservative, nutritious, low-waste, sustainable, less-packaging… and for us it’s ‘real’ meat.

The alternative is called many things: faux meat, imitation meat, vegan meat, meat analogue, meat alternative, meat substitute… by whatever name it goes, it’s ‘artificial’ meat. We acknowledge that it’s been manufactured to look, taste, behave and feel as close to the real thing as possible – but it’s not.

The concept of imitation meat isn’t new. For as long as there have been vegetarians – or people with low funds to buy meat – there have been ‘mock meats’ in various forms. For centuries Russian cooks have made an imitation ‘caviar’ using aubergine puree. There was also the Welsh Glamorgan sausage, popular during WW2 when meat was rationed, made from cheese, leeks and bread crumbs.

What’s different about the new ‘fake meats’, is that many of them have become very realistic in texture and appearance, thanks to developments in food technology. An issue we see is that while once upon a time, fake meats were made from tofu, mushrooms and other ordinary wholesome ingredients, some of the new fake meats are manufactured with possibly ‘unhealthy additives’ in the pursuit of bringing them closer to the real thing.

From our limited research, we’ve worked out that imitation meat is predominately made from vegetarian ingredients, and sometimes without any animal products at all (the vegan ones). Many are soy-based (eg. tofu, tempeh) or gluten-based, and can also be made from pea protein. They often include refined coconut, sunflower and/or canola oil plus water, yeast extract, maltodextrin, natural flavours, sometimes hidden MSG, evaporated cane juice, salt, vitamins and minerals, garlic and onion powder, spices, additives and other preservatives. They don’t necessarily contain all of these ingredients and most ingredients wouldn’t be considered unhealthy.

Some nutritionists worry about the high concentrations of vegetable oils in fake meat. Others point to the controversial ingredient soy leghemoglobin (specifically used in the Impossible Burger). To make soy leghemoglobin, the manufacturer genetically engineers a yeast bacterium to produce the protein that gives the burger more of a ‘meaty’ taste. There are question marks over how safe this ingredient is.

The fibre spinning method isn’t commonly used to produce fake meat because it’s complex and as a result leads to higher production costs. Fibre spinning techniques were adopted from the method used to create synthetic fibres in the textile industry.

The point to take here is that they’re ‘made in a factory’. They are completely manufactured. They’re a processed, industrial food. They’ve even invented a new term to describe fake meat products ‘ultra-manufactured’.

Counter-intuitive to this, is the association being promoted between ‘plant-based’ and ‘health’. Consumers are starting to think the same; “If it’s from a plant it must be healthier”. Nutritionists worry that vegan meats are automatically perceived as being healthier when that’s not necessarily true. Meat-free burgers contain on average, more salt than meat burgers: 0.89g per serving as against 0.75g. And by switching to meat-free products you might be missing valuable nutrients from your diet, such as iron and B-vitamins.

Nutritionists say that we should be cautious eating any food that has been highly processed – not necessarily avoid them completely – but eat them only occasionally, due to their high salt content and most likely list of additives and preservatives.

What we also find interesting are the Big Food Companies (such as Nestle and Kellogg in America) partnering with Food Chains such as McDonalds to cash in on the health and wellness consumer trend with their plant-based meat alternatives. It happens so often that trends in America quickly spread to Europe, Asia and Australia. Have you heard about the Awesome Burger or Beyond Meat Burger – both available in America and being promoted as looking, tasting and cooking like real hamburger patties? You can get Beyond Meat burgers here now too.

We just wonder if the ‘plant-based’ trend is being driven by the Big Food Companies pushing products to achieve their profit objectives, intent to capture a new market? If Big Food Companies weren’t pushing as hard, would consumers be asking for it?

If you’re trying to eat less meat – why not have a grilled flat mushroom in a hamburger roll instead of something manufactured? If you ask a nutritionist about pea protein, they’d always recommend you eat the pea itself rather than just it’s protein.

In the spirit of eating wholefoods, that are as close to nature as possible, and reaping the health benefits – we’re advocating 100% grass-fed meat is the only meat to eat. It contains more vitamin E, more cancer-fighting CLA, more omega-3s (which are good for your heart and mood), more beta-carotene, zinc, is lower in saturated fat and lower in calories than grain-fed beef.

And rather than hearing it from us, listen to nutritionists like Diana Rodgers R.D. www.sustainabledish.com who advocates whole food, real food and avoiding ultra-processed foods such as fake meat. She even combines her message with sustainable farming practices to support grass-fed beef production – just like we do.

On top of that, Diana Rodgers says, if the grass-fed herd are raised according to ‘regenerative agricultural practices’ (the holy-grail for sustainable farming which requires cattle and other grazing animals on the land), this increases biodiversity and improves the water-holding capacity of the soil, making rainfall more effective and preventing runoff. Which is a smarter way to regenerate the environment than investing in meat alternatives.

Ask any nutritionist and they’d say the ideal burger is made with 100% grass-fed, grass-finished meat, loaded with salad and surrounded by a wholegrain bun.

Hopefully fake meat is a passing trend. We raise the ‘real thing’ and do our best to ensure our herd are loved, our land is well cared for and our footprint on the earth is small. As a result we think our meat tastes the best and is the healthiest for you.

Would you rather see green paddocks or factories? Happy black angus cows or factory manufacturing lines?