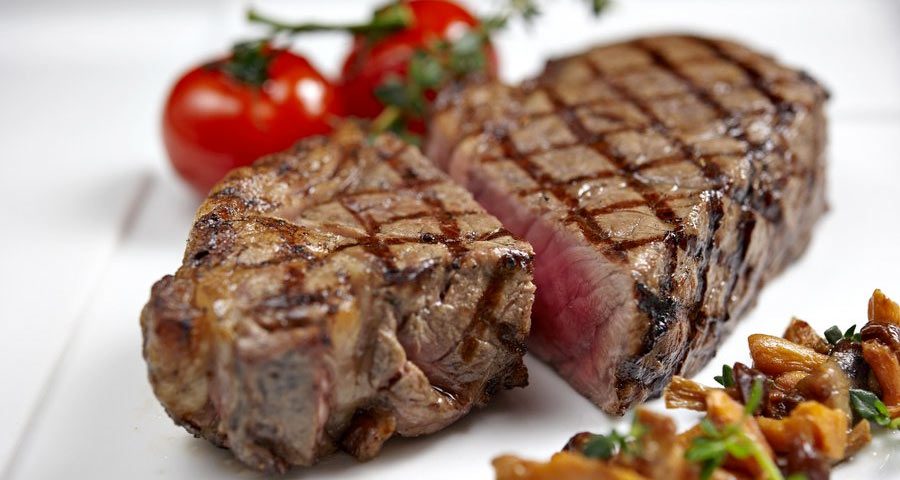 T-Bone
A T-bone cut of steak involves a vertical cut through the cattle that incorporates both the front of the flavoursome sirloin and the tender fillet beef, giving a characteristic T shaped bone. T-bone, mammoth sized steaks benefit to being quickly fried or cooked on a hot grill. The bone in the steak will conduct heat though the meat allowing it to cook very evenly at the same time preventing the steak from shrinking and drying out during the cooking process.

Cooking a T-bone Steak
A T-bone steak is best cooked by simply seasoning, then quickly either roasting, grilling or pan-frying. An Italian recipe suggests to season generously, then grill on a griddle pan or a barbeque for around 7 minutes each side, until juicy and pink. Serve with a drizzle of olive oil and lemon wedges.

Sirloin Steak
The Sirloin taken from the cow’s rump, is located just above the Tenderloin. Sirloin is a delectable cut of steak that is pretty lean and tender. One of the main differences between the sirloin and the fillet is that it’s covered with a layer of fat which if cooked correctly, will melt into the meat giving a delicious, tender juicy steak.

Sirloin steak is made up of muscle that is frequently used, giving a resulting steak that isn’t quite as tender or melt in the mouth as a tenderloin, but the price reflects this. There is a difference between top and bottom sirloin, with more people preferring the top sirloin.

This all-time favourite with steak lovers, a sirloin steak is rich in flavour, with a firm, yet fine texture.

Cooking a Sirloin Steak
The best advice for cooking a tender Sirloin steak is to first begin with quality meat. The Maleny Black Angus Herds are fed only natural grasses, molasses and minerals to provide a superior beef steak, that’s is a mainstay on dinner plates in Australia. Marinate your steak and cook only until its reached medium rare as steak can quickly become tougher and dry out if cooked for any longer period. For best taste and cooing results, the best option is to sear it in a pan and place on the griddle, rather than oven cooking.